Before Marie Kondo’s show Tidying Up debuted on Netflix on January 1st, the only awareness I had of the KonMari method was watching Emily Gilmore declare her dining room chairs no longer brought her joy. One of my favorite scenes from the Gilmore Girls revival, but not really something that would get
Read More 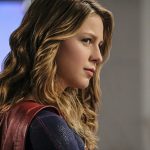 Warning: Spoilers below I’m hooked on the CW’s Arrowverse. I realize it’s super corny, and it is basically a prime time soap opera but I love it anyway. (I was hooked on Nashville and Empire for a while, so maybe I have a type.) But I really wasn’t able to get into Supergirl
Read More 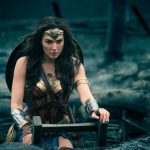 I was nervous about the Wonder Woman movie. Diana was finally getting her own movie, and it had to be perfect. This wasn’t going to be Daredevil where it goes bad but the character ends up with his own Netflix show. Or Green Lantern, where it was shrugged off as “well, DC
Read More

I’m going to work under the assumption anyone who wanted to watch Gilmore Girls: A Year in the Life has already done so. If you don’t fall into that group, and care about spoilers, you should stop reading now. I should also point out I have a different relationship with this show
Read More 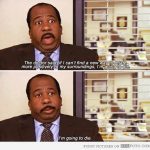 When I’m doing things around the house, I like to rewatch some of my favorite sitcoms. Shows that I know well enough, and are simple enough, that I can drift in-and-out of easily. Right now, I’m in process of re-watching The Office, and I’ve noticed a few things I missed the first
Read More 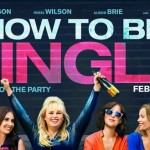 It’s that time of year again- turn on the TV and you’re bombarded with a never ending onslaught of jewelry, chocolate and flower commercials, demanding that you impress your sweetheart with nothing less than the perfect night. A night which wouldn’t be complete without dinner and a movie. What would Valentine’s be
Read More

I recently re-watched Zach Snyder’s Man of Steel because it was New Year’s Eve, my wife was asleep, and I wanted to see if my opinion of it shortly after it came out (in which I rather liked it) held up. It did. Oh, sure, a few of the Marvel-verse movies
Read More
I’m not an avid comic book reader. I read some Supergirl in middle school and high school, some Spider-Man when the movies came out, and a few video game tie-ins. I’m starting to get more into them with the New 52 giving me a place to actually start. But overall, I’m what
Read More 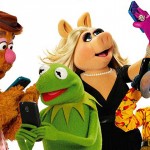 I eagerly watched the premiere of The Muppets last week, along with many other people.  I’ve been surprised at the backlash the show has received.  Reviewers are claiming the show is too mature, perverted, and that this incarnation of The Muppets is “raping their childhood.”  Anyone crying out things like this likely
Read More 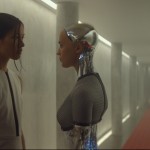 When I rented Ex Machina this weekend, I wasn’t planning on writing a review on it. After all, Ryan covered it when he saw it in the theatre. But, Ryan was restrained by making his review spoiler-free. (Since the movie was released in theatres in April, and on DVD in July I think
Read More
Loading Comments...