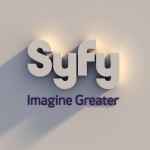 Claire has finally made me start watching Battlestar Galactica. I’m also watching/playing Defiance. These are the first two Syfy shows I’ve watched since Sliders. Even though I’m just now starting both of these series, I found myself saying to Claire “that’s a Syfy thing isn’t it” during Battlestar. These are the trends I’ve noticed in this short time. 1) Multi-dimensional Female Characters
Read More

If you haven’t noticed yet, I love TV. Sci-fi, fantasy, comedy, drama, ridiculously stupid reality tv- as long as it doesn’t have a Kardashian or Seacrest in it, I’m in. Netflix’s resurrection of Arrested Development had me jumping up and down like a 5-year-old at FAO Shwartz (I’m still holding out for
Read More 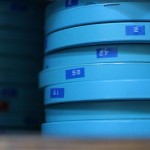 Summer is a fabulous time to be a geek: conventions are in full swing, weekends are free to spend on cosplay and video games, and the movies couldn’t be better. I don’t know about you, but the multiplex is my home away from home in the summer and 2013 summer movie season
Read More

Warning: This may contain spoilers. But seriously, the show has been on since September- it’s not really a spoiler at this point. However I promise not to elaborate on anything from the last few episodes. 🙂 What would you do without power & technology? Without lights, cell phones, tv, and computers? As
Read More
Happy April! This is what we’re up to this month: What We’re Reading: Nicole – I’m still reading Pirate Cinema by Cory Doctorow. I usually read on my lunch break, and didn’t really get many of those in March. I read a good amount of it this past weekend while my husband
Read More

Its new Who weekend! We finally are getting the second half of season seven and I’m stoked. In celebration, here are my five favorite Doctor Who episodes. I intentionally tried to leave off two parters and season finales. Because then it’s just too easy. I made an exception for The Empty Child/The Doctor
Read More
I don’t watch much TV. I really prefer the immersive experience of video games or books when it comes to unwinding at the end of the day. Sure, there are some shows I truly enjoy like Doctor Who, Top Gear (although I’m actually starting to prefer the US version, which I feel
Read More
You’ve been reading about our interests for a few months now. But so much of what we’re into never makes it to the site. We’re going to start posting a brief overview of what we’re doing at the beginning of every month. Let us know what you have going on this month
Read More
Loading Comments...