From re-enacting their favourite characters to learning how to do a cartwheel (a skill I never mastered), kids figure out their world and their problems through play. Often using their their dolls, action figures, and stuffed animals, kids explore the positive aspects of their lives (relationships with friends, scientific principles, and the world outside),
Read More 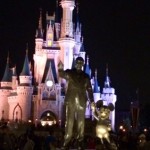 As you all probably saw, I spent last week on a family vacation to Disney World. It was the princess-obsessed Geekling’s first trip at an age when she’ll actually remember and my first Disney vacation as an adult. I’m a self-confessed Disney addict and have no problem indulging in all the joys
Read More 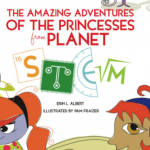 Note from Nicole: After I wrote my post “Princess or Engineer? Why Not Both?” and awesome Pure Geekery reader let me know about the The Amazing Adventures of the Princesses from Planet STEM Kickstarter. The Kickstarter has been funded and the book is now on the shelf (and it’s by an Indianapolis author even).
Read More 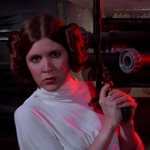 Note: I am not a parent, nor do I plan on having children. I am however a woman in a STEM career, and was at one point a young girl. So I do have some sort of perspective on this. My husband and I were standing in line at box store one
Read More 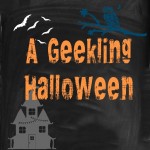 There are few holidays I love more than Halloween. Scary movies, TV specials, awesome creepy decorations and a real excuse to play with knives (pumpkin carving.. what were you thinking? 😀 ). In raising a fabulous geekingling, one must initiate said geekling in all of the wonderfulness of October 31st. The best
Read More
I have always been and will always be a book girl. Hard and paper backs arranged on their shelves, stacked on the floor, stored in dresser drawers, boxes, and lovinging read and re-read until their covers need a thick layer of packaging tape. I am forever the English professor’s daughter, raised in
Read More

The American Girl stories and dolls were an intricate part of my childhood. I read all the books, from all the girls, over and over again. So when an American Girl catalog showed up in my mailbox (some leftover mail from the previous resident) I poured over the catalog like I was
Read More 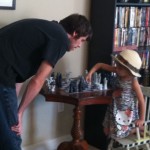 It’s no surprise to regular readers that I enjoy turning my geekling into the most fantastically geeky child in the history of the universe. She recognizes a majority of the 12 Doctors (she distinguishes between them by hair or hair style- last night she asked for a “Number 4” hat), knows the
Read More 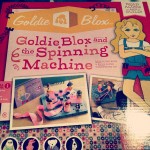 These days, walking through the toy aisle is treacherous. Everything is either hot pink and covered in glitter or has a superhero logo slapped on it. (For the record I like both glitter and superheros!) There aren’t any toys of substance anymore- rarely do you see a cool educational toy on the shelves
Read More 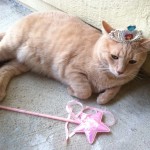 I try to ignore most articles shared and posted in social media. People tend to comment without reading more than the title, use incorrect grammar, and generally make me want to run my head through the wall. Occasionally, however, I will come across something which sparks my interest or has been shared
Read More
Loading Comments...