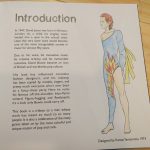 As the adult coloring book trend reaches critical mass, there are coloring books for nearly everything. The David Bowie Retrospective and Coloring Book is the first one I’ve seen also claim to be a retrospective. And honestly, it’s a little disappointing on both fronts. As a Coloring Book Most of the adult
Read More
A couple of years ago, I bought a turntable and rediscovered a love of music. The vinyl medium made me sit and listen to an entire record, in a way I hadn’t done since I was in high school. This was the reason, along with realizing how much money I’d spent on
Read More 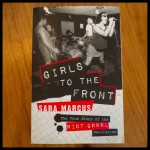 Author note: Sometimes I start a blog post and then forget about it for a while. That’s what has happened here. I actually read Girls to the Front a year ago, started the review, and forgot about it until I started looking through my “post ideas” folder on Google Drive! Oh,
Read More 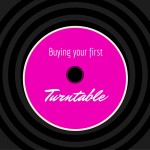 It’s Holiday time, and some of you may be asking for your first turntable or looking to buy one for that special someone. (It’s too late for this, but how awesome would a turntable and seven records be for Hanukkah?) But it’s hard to know what to get, especially when articles “for
Read More 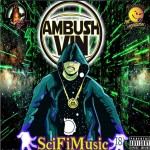 I’m a sucker for concept albums. And when those concept albums branch into other media to create a story, I’m sold. So when Ambush Vin contacted us about his newest nerdcore album SciFi Music, complete with continuing ebook, comic, and music video detailing the battle, he had my attention. The passion that
Read More 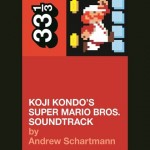 The music featured in video games is something I think most of us take for granted. Sure, as time goes on and soundtracks have gotten more epic we’ve started to pay attention. Afterall, Portal wouldn’t be Portal without Still Alive. But for the most part, we don’t recognize how important music is to a
Read More

The PDX Broadsides, a “nerd folk” band from Portland OR, have announced May 26 as the release date for their second album, Aim To Misbehave. On that day, fans will be able to purchase the CD of geeky songs on iTunes, Amazon, and Spotify. Aim To Misbehave covers a wide range of
Read More

Remember a time when an album was a piece of art?  When the order of the songs on album mattered?  When people actually bought and LISTENED to entire albums?  I feel like those days are sadly long gone, and I primarily blame iTunes. When iTunes launched in the spring of 2003, it
Read More 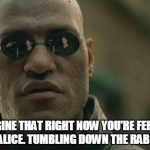 If you’ve been around Pure Geekery for a little while, you know that record collecting is my new hobby. Which of course has led into trying to build up a decent audio system. Which is way harder you’d think. Audio is so subjective. Everyone has an opinion on what “the best sound”
Read More
Loading Comments...