When it comes to prequels, the only one I can think of off the top of my head that is excellent (let alone good at all) is…Muppet Babies! Maybe it’s the fact that I was three years old when it started airing in 1984, but I remember that show being absolutely brilliant.
Read More

As a TV geek, one of life’s greatest joys (and frustrations) is getting immersed in an episode of a TV show, losing track of time, then at a pivotal, suspenseful moment, the words “TO BE CONTINUED…” pop up on screen. You want to scream at your TV to keep going, you need
Read More 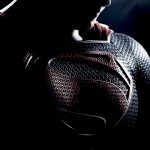 Greetings everyone! My name is Ryan, and I work with Nicole. After seeing a brief, spoiler-free movie review of Man of Steel (which I will post below) on Facebook, Nicole has asked me to review movies for Pure Geekery. I wrote the review that Nicole liked so much in less than 1
Read More 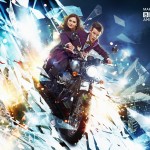 I received 10 texts on Saturday about the BBC’s huge announcement- Matt Smith is leaving Doctor Who. Honestly, I am not surprised. He has been on the show for four years and while I have come to love him as the Doctor, it is time for him to move on. So the
Read More 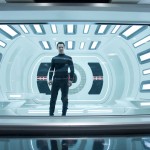 I had been looking forward attending the Star Trek Into Darkness midnight premier. I happened to have the following Friday off for another reason, so no exhausted next day at work for me. Then Paramount announced they would be having “special fan sneak peaks” in IMAX on the Wednesday before at 8:00pm.
Read More 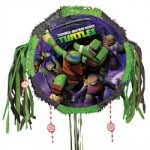 Lets be honest- at this point, dear readers, you can probably figure out that I was a pretty weird kid. I spent my childhood dressed as Dorothy refusing to answer to my own name, practicing my Lando cape swirling and of course playing with my dolls. As an avid Teenage Mutant Ninja
Read More

Since I’m on a break between school and my internship, I took some time to watch some more Amazon Original Pilots. I love tv, and I especially love original shows- bring on the awesome! Dark Minions- Created by Kevin Sussman and John Ross Bowie (better known as Stuart and Barry Kripke from
Read More 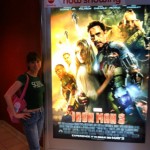 I have a long-standing love affair with midnight openings. The anticipation, crazy costumes, and standing in line with fans just as avid as I am has always been almost as fun as the movie itself. The last few midnight showings I have been to, however, have lacked the excitement I have come
Read More 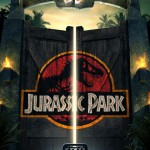 When the opportunity to see Jurassic Park in 3D IMAX presents itself you do not say “no.” I loved the movie as a kid, but since I was around seven when it came out, I never got to see it in the theatre. Which is why I ended up at the Indiana
Read More
We’re entering summer which means there will be a whole lot of awesome going on. Conventions, summer movies, and meetups oh my! Here’s what’s on our plate, at least for now. What We’re Reading: Nicole – I’m reading some free comics from Dark Horse right now. Unfortunately, my Marvel Free Comics offer got sent
Read More
Loading Comments...