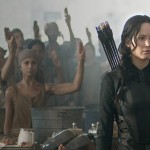 Unless you were living under a rock this weekend, it was nearly impossible to miss the rising of the Mockingjay. Katniss and her not so merry band of rebels were back in theaters, battling against the Capitol and President Snow. After the disappointment of Catching Fire, the beauty and heart shown in
Read More 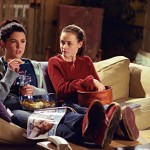 Last month, women of my generation called off work, stocked up on junk food, and camped out in front of the TV to watch the Gilmore Girls. The tv lovechild of Amy Sherman-Palladino, creator of the fabulously named Dorothy Parker Drank Here Productions, Gilmore Girls brought the antics and tribulations of the
Read More 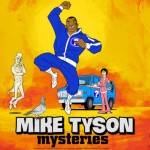 When the first trailer for Mike Tyson Mysteries hit the internet, I was extremely excited for it.  Completely out of context clips with Tyson, Jim Rash as a ghost, and Norm MacDonald as a talking pigeon had me on the floor laughing.  When put into context of an actual episode, it does
Read More 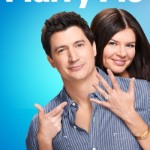 NBC has cracked the formula of how to get me to actually watch a romantic comedy: Make a member of The State one of the leading characters!  Fill the show with other comedians I also find funny (Casey Wilson, Tim Meadows), and you’ve got me in for at least a couple episodes.
Read More 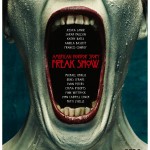 I have enjoyed every season of American Horror story so far.  Not generally being a fan of the horror genre, I was surprised at how much the show originally grabbed my attention.  I still think that season one has been the strongest, but both Asylum and Coven were solid seasons as well.
Read More 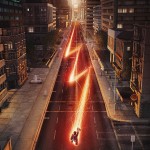 The Flash premiered last week on The CW, and proved (to me) that it is possible to launch a comic book-related show with a solid foundation in a single episode.  Unlike the frustrations I’ve had so far with Gotham, everything about The Flash clicks together very easily, telling a full, coherent story in
Read More 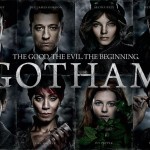 After watching the series premiere of Gotham last week, I struggled with my thoughts about it.  I really wanted to like it, but just didn’t.  At Pure Geekery Headquarters (not so much a physical location as a group chat on facebook), we kicked around the idea of writing two differing thoughts pieces
Read More 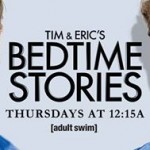 Tim and Eric’s brand of humor is definitely an acquired taste.  Whether long form, like Tom Goes To The Mayor, or short-form, like the minute long skits of Tim and Eric Awesome Show, Great Job, the situations are always extremely bizarre and absurd.  Taking a turn at the horror genre, Tim and
Read More 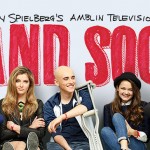 Red Band Society is a show I wanted to hate.  I thought the idea was kind of dumb when I originally saw a preview for it.  As more previews aired on tv, I actually became interested in it.  Then, it surprised me, and turned out to be really good. There have been
Read More 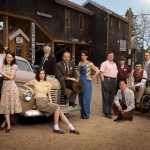 Right now on cable TV there is a show about the Manhattan Project focusing on the scientists involved, and one of the executive producers/writers is also a This American Life contributor. Really, that should be all I need to say to get you to go watch Manhattan. But since I’m so excited
Read More
Loading Comments...