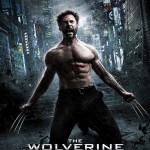 Just got home from seeing The Wolverine, and have to leave again shortly, so here’s a quickie review of the movie. It’s a darker, grittier Wolverine than we’ve seen in any other movie he’s been in, and not surprisingly, Hugh Jackman nails it!  Wolverine in Japan = excellent martial arts action scenes!
Read More

Almost 12 full years after Cartoon Network launched it’s mature humor block of cartoons, Adult Swim, Fox has finally decided it might be a good idea to compete against them with it’s new block of cartoons, FOXADHD. Launching the website foxadhd.com (standing for Animation Domination HD) around late March, 2013, FOX has
Read More 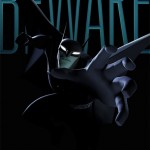 With The Dark Knight Rises still relatively fresh in most people’s minds, DC and Cartoon Network have decided it’s time to bring a new incarnation of Batman to the small screen, and this past Saturday, Beware The Batman premiered. My favorite incarnation of Batman ever was the 1990’s Batman: The Animated Series,
Read More 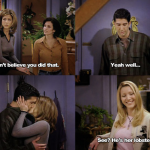 I, like millions of other people around the world, can quote every episode of F.R.I.E.N.D.S. from beginning to end. I know the appropriate place to clap when jamming to the Rembrandts and “How you doin’?” will forever be my favourite pickup line. Recently I was procrastinating sleep and The One with the
Read More 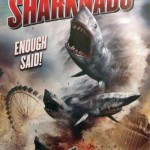 For the last decade, the Syfy channel has had a string of very solid original, scripted tv shows. Starting with Battlestar Galactica, the network has churned out surprisingly high quality shows such as Eureka, Sanctuary, Warehouse 13, Haven, Being Human, and most recently Defiance. Yet for the quality they put into scripted
Read More

I have always been a bigger DC fan than Marvel. I spent my evenings and days home sick with Adam West, Burt Ward, Dean Cain and Terri Hatcher (who was pretty awesome pre-Desperate Housewives). Past comic books, watching Batman and Lois and Clark were my first windows into the fabulousness that is
Read More 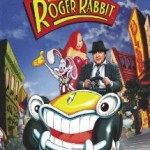 Fair warning: We’re heading into major spoiler territory here (though it’s on a 25 year old movie and a 32 year old book) If you grew up in the 80’s, chances are you’ve seen the 1988 classic (wow, calling it a classic makes me feel old) Who Framed Roger Rabbit? A few
Read More 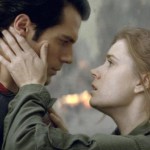 I have been really behind on my movies. Usually I’m game for midnight showings, I see everything the weekend it comes out, and I’m super pumped for anything shiny and new at the theater. Unfortunately, with moving and internship, and you know, life, lately I’ve been behind on my weekly dose of
Read More

It has been about a year and a half since we ditched cable. I had to stop and think about how long it has been because honestly we haven’t looked back. Originally, it wasn’t a money decision so much as a “how much are we really watching all of these channels?” decision.
Read More

Monday evening I saw an advance screening of The Way, Way Back (coming out this Friday), and I really enjoyed it. The movie is about an awkward 14 year old named Duncan (Liam James) who is forced to go live for the summer with his mother Pam (Toni Collette) and her new
Read More
Loading Comments...