When I rented Ex Machina this weekend, I wasn’t planning on writing a review on it. After all, Ryan covered it when he saw it in the theatre. But, Ryan was restrained by making his review spoiler-free. (Since the movie was released in theatres in April, and on DVD in July I think it’s fair to say we’re past the statue of limitation.) So when I was asked on Twitter to write my take on the movie, it seemed like a movie worth revisiting.

A non-dystopian cyberpunk tale (aside: more of this in general please), Ex Machina is centered around four characters:

As the week goes on Caleb starts to develop feelings for Ava and see her as more than just a robot (because he’s such a Nice Guy). He’s also upset with Nathan’s treatment of Kyoko. We see how much Nathan has started to lose his mind, as he drinks to excess every night. Ava also flirts with Caleb, who becomes paranoid that this is a programmed trick. As Caleb starts to get concerned about Ava he assesses Nathan’s files while Nathan is passed out, and sees all the videos from the AIs before (including Kyoko) and plots a way to save Ava. In the end Ava is able to get Caleb to free her and leaves him locked in a room much like she was.

When Ex Machina came out, I saw all kinds of articles about how awful this movie was on it’s portrayal of women. How the women in the story were literally objects. That they were designed to be visually pleasing to men. That they didn’t need the sexuality programmed into them.

Umm…duh? That’s the point of the movie. It’s a cautionary tale. We have these caricatures of men in the tech field. They’re the ones deciding what an AI should be. They’re coming at the problem of human consciousness with one view-point. This movie is showing why having only one demographic on a project creates a project tailored to that one demographic. And in this case, that mistake is what causes all of us to become batteries in the Matrix. (Or at least that’s where my mind goes with this.)

Of course Ava uses her sexuality to manipulate Caleb. Her brain is designed from the internet. Everything she knows is going to tell her that this will work. And her interaction with Nathan is going to validate the impression of men she’s gotten from the internet. She’s locked in a room. He sexuality is the only weapon she has. Of course she’s going to use it, to save herself and Kyoko.

After we finished the movie, my husband said, “I was kind of expecting a happy ending.” To which I replied, “It was.” Caleb didn’t show much concern for Kyoko. His plan for Ava’s escape never involved her. He only wanted to help Ava escape because it was who he wanted. And since Ava realizes she’s an object, she realized she would be literally owned by Caleb. She saw how well that sort of “freedom” worked for Kyoko. Ava wanted her freedom, and going with Caleb wasn’t going to make her free. 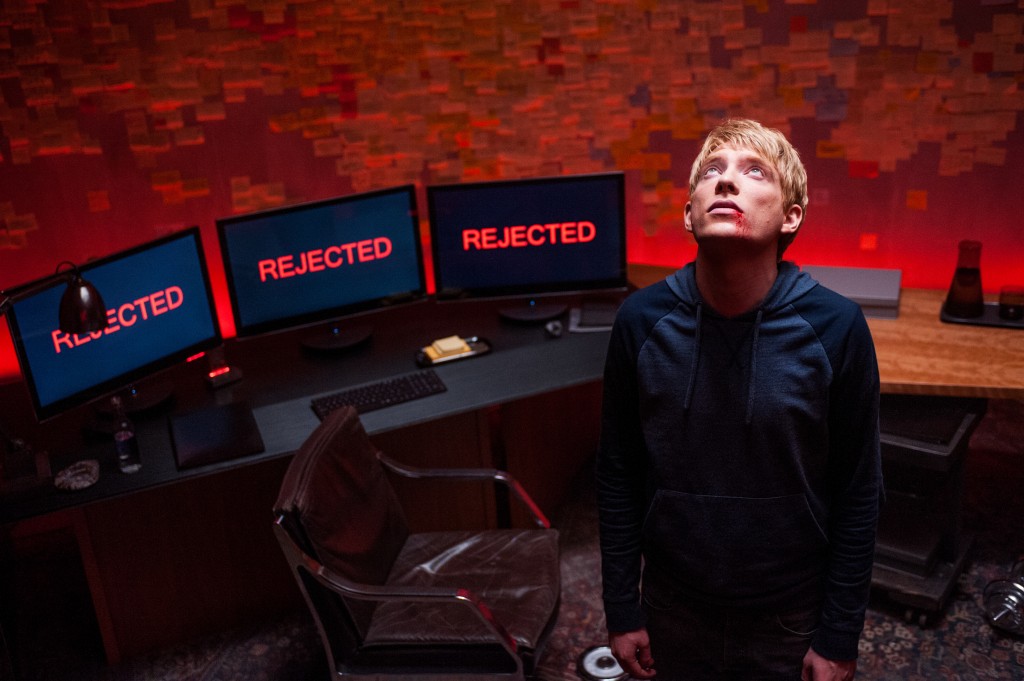 But I’m such a nice guy!