Back in 2015 I gave a bit of insight into my home automation system using SmartThings….and then never said another word about it. It’s time I corrected that. The Limits of SmartThings Truth is, I didn’t stick with SmartThings for terribly long. SmartThings was a great starter system, and one I’d still
Read More 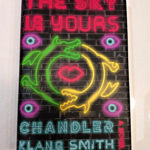 I don’t like to review books I don’t finish. I don’t think it’s fair to the author. It could be their book just wasn’t for me. Or there might be a part further in that brings the whole thing together. But since I received The Sky Is Yours as a review copy,
Read More 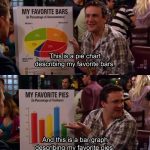 I started my first bullet journal in October of 2016, making 2017 my first complete year with one. Being able to evolve the system to meet my needs is the primary reason I’ve actually stuck with it. I started with the original format, moved on something more elaborate and time-consuming, and now
Read More

Fire on the Track: Betty Robinson and the Triumph of the Early Olympic Women by Roseanne Montillo was a book that caught my eye instantly when I saw it on Blogging For Books. A story about women changing what being feminine means? While they did something previously reserved for men? A tale of
Read More
Jerk brain? Jerk brain. I’m fortunate in that my friends are all very open about their particular illnesses. And when one of them was detailing the ways she was currently feeling, the only thing I could think of saying was “brains are jerks.” We’ve since used the term “jerk brain” as a
Read More
I realize this post is three weeks too late, but this year I’ve decided not to do New Year’s resolutions. Like most people, my good intentions fall away come the spring and I’m lucky if I even remember what they were by summer. Long term goals have never been my strong suit,
Read More
At the beginning of the month, I set myself a modest goal. Write one post every weekday for the month of November, although I probably should have clarified “weekday” didn’t include the holiday. I missed three days of the month. Not great, but not horrible either. I had assumed the reason I
Read More
There are a lot of people scared and hurting right now. And I hate having to see my friends feel this way, knowing there’s nothing I can say to make them feel better. So I’m going to do the only thing I know how to do, provide distraction. So once again, here
Read More
As the hour grew late last night, many people were truly shocked at the way the election was shaping up. It was against what all the pollsters had said. And more visibly, it was against what they saw in their respective news feeds. And therein lies part of the problem. Algorithms determine
Read More
At 6:00pm tonight, our say in the 2016 election will be complete. There will almost certainly be challenges to the result, so I don’t want to say this will all be over. But there will be nothing more we can do. This has been a nasty election year, more so than any
Read More
Loading Comments...