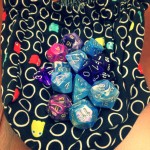 Over the past several months I’ve found myself being pulled more into gaming. I had about a ten-year hiatus from video games. School, work, and derby had monopolized my time. But now that I’ve learned to manage my time better, I’m finding myself with time to enjoy this hobby again. Claire also
Read More 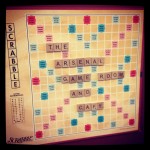 For those of you who don’t know, Claire and I are both really into the Shop Local movement. We love the kind of environment and service you can only really get in a locally owned shop. So when our friend and teammate AdRock posted about Arsenal Game Room  on our Facebook page we
Read More 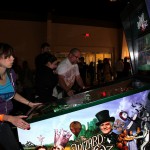 Claire and I hit the road this past weekend to attend the Louisville Arcade Expo this past weekend. Not only was it our first convention as Pure Geekery, but it was my first convention period. Prior to this, I’ve only wandered around the halls outside of GenCon. Not actually going in. I
Read More
You’ve been reading about our interests for a few months now. But so much of what we’re into never makes it to the site. We’re going to start posting a brief overview of what we’re doing at the beginning of every month. Let us know what you have going on this month
Read More
You may have noticed I haven’t written a Leveling Up post in nearly a month. The reason is, simply, I haven’t been gaining any XP. I’ve been losing weight, but by just having a lack of appetite not from eating well. In fact, I’m eating junk just not enough of it to
Read More 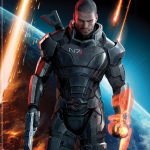 The end of Mass Effect caused a fandom revolt. To the degree that Bioware offered an Extended Cut DLC to offer fans some closure. This wasn’t enough for some fans, but personally, I loved the ending. Argh, here there be spoilers.
Read More
There are some games that just stick with you. Like a good book they encompass you in their world, make you care about the characters, and they make you think. These games are games that stick with you, long after you’ve stopped playing. There have been several games like this for me
Read More
I’ve been thinking a great deal lately about what it means to be a gamer. I’ve started playing more games lately, and spending a considerable amount of time doing so. I use Fitocracy because I love the “leveling up” aspect. I use EpicWin as my to-do list for the same reason. I
Read More
I’ve been gaming a lot more recently. It’s a mixed bag of good and bad. I’m not passively watching TV, I’m actively problem solving which is good. But I’ve also not been making things, which is bad. The Mass Effect Trilogy may be the reason I’m updating less here too (and by
Read More
I recently bought the Sonic Ultimate Genesis Collection to have some fun multiplayer games to play with my husband. This was our discussion while playing Streets of Rage. Me: We should play Golden Axe, it’s way better (switches game over). Him: This is just Streets of Rage with Dwarfs…..IS THAT A DRAGON!
Read More
Loading Comments...