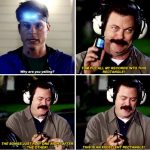 After months of rumors Apple has officially released a phone without a 3.5mm (headphone) jack. Of course, everyone is upset about it. What about my wired headphones? An adapter? What if I want to charge my phone while I listen to music? This is ridiculous! I’m switching to Android! (Hate to break
Read More 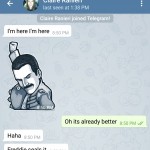 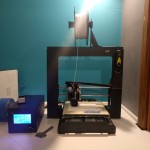 A 3D printer is one of those gadgets I’ve wanted for a while, but haven’t been able to justify. But the prices have kept going down, and I kept finding cool little widgets, and finally pulled the trigger when I saw Monoprice has a $350 version (affiliate link). And since then I’ve
Read More 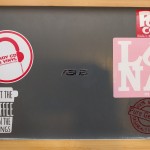 Guys, I fracking love my Chromebook. When I bought my phone, I knew I wasn’t planning on getting another tablet. My phone is big enough to fit most my tablet use cases at this point, and tablets are expensive. I still wanted a “couch device,” and had planned on buying a new
Read More 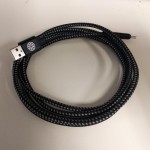 I’m not usually one to go for expensive cables. As long as it meets spec, and has a decent connector, I’m pretty happy. But that’s the trick with USB-C right now. It’s new, and there are a lot of cables flooding the market that are not actually made to spec. It was
Read More 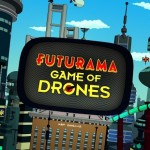 Sometime last year it was announced that a Futurama mobile game was on the way.  Being a huge fan of Futurama, I was very excited about this. While I had never personally played The Simpsons: Tapped Out, I had seen it in action, and was very interested in playing a Futurama game
Read More
Back in November 2013, I wrote a post about how I really wanted to use my Xbox as a cable box. I use the device for streaming a ton of media anyway, and it’d be awesome to have everything on one device. Well now the FCC has voted to make cable companies
Read More 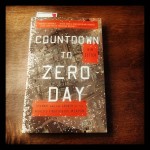 I’ve had a review copy of Countdown to Zero Day sitting on my shelf for several months now. When I first requested it, I was excited because it’s not everyday a book recommended to you by a friend ends up on an “available for review list.” (Aaron, who wrote about IoT security
Read More
Hi all! I’m Aaron and I’ve worked in Information Security (Infosec) for over 20 years. I’ve been a big fan of Nicole’s, Claire’s, and Ryan’s blog posts since Pure Geekery started, and thought I would try and write a guest post on my own. I read Nicole’s post about home automation and got
Read More