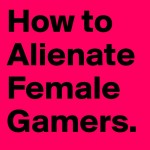 Before I begin, let me just say 95% of Gen Con was amazing. I didn’t catch anyone leering at me, I didn’t get “accidentally” ran into, and no one questioned my geek cred. Gamers were helpful, instead of sarcastic, when I mentioned I hadn’t played a game. But, and there’s alway a
Read More 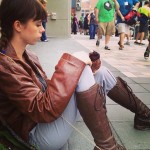 So it’s no secret that I love conventions. The more comic cons and game conventions I go to, the more I love them. Minus the disorganization of Fandom Fest, Gen Con weekend was a fantastic 4 days. (It’s amazing what a few rope lines can do for con happiness!) I spent the
Read More 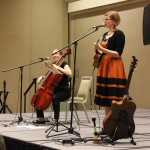 Gen Con was my first true experience hearing the music of The Doubleclicks. Sure I had heard “Clever Girl” before and (because I realize the internet exists) “Nothing to Prove.” So when a friend told me they were playing a show on Saturday I knew I had to make it over there
Read More 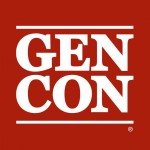 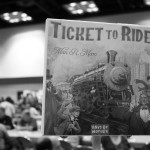 I had only played Ticket to Ride a few times during family dinners. I liked the concept of the game, and the game play itself is quick easy once you get into it, but it does take some strategy, like all games. Should I place my track here? Will I make my
Read More 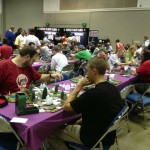 Although I’ve grown up in Indianapolis, this weekend was my first Gen Con. There always seemed to be something going on Gen Con weekend, or I couldn’t find anyone to go with me. The stars finally aligned this year and I was finally able to make it to the convention for the
Read More 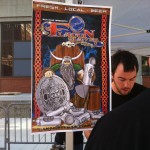 Wednesday evening, I headed downtown after work for Sun King’s Flagon Slayer: Official Beer of Gen Con Tapping Party. I’ve always enjoyed Sun King, and Flagon Slayer was quite delicious, being a beer/mead hybrid made sweet with cherries and Indiana honey. The event itself left a little to be desired though. 5
Read More 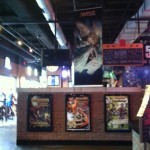 Cons provide a unique experience for geeks like me- everything I love in one place including endless hours of games, shopping, panels, and photo ops (and don’t forget the accepted ability to dress up like it’s Halloween for days on end). However the one thing cons lack s good food. I can’t
Read More 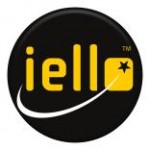 Editor’s Note: Hello readers! We have been getting a few press releases from game companies leading up to Gen Con. This one from IELLO is the first one we’ve ran. Do you want to see more of these? Or should we just leave them in our inbox? IELLO’s New Games THE THREE LITTLE
Read More
Loading Comments...