This past weekend was the first Indiana ComicCon, and if social media is any indication, there were several unhappy con attendees. Most of the complaints centered around overcrowding, long lines, and a lack of volunteers. While Pure Geekery didn’t attend ComicCon (you can read all about our guest blogger’s experience though), we
Read More 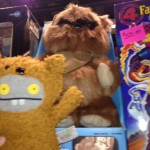 I truly enjoy walking through the Indiana Convention Center on a bright March afternoon and seeing Thor, Wolverine, a smattering of various Time Lords, and a Stormtrooper or two. No, really, I do. I took last Friday off to attend the first-ever Indiana ComicCon. While I didn’t expect the pageantry of San
Read More 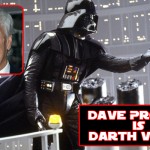 It’s only January, but it’s time to start thinking about the upcoming convention season. It’ll be here before we know it, with some of the earlier conventions starting in March. Last year was my first convention season, and I’ve reflected on it as I prepare for the coming season. The more I
Read More

This is the last week for the Indy PopCon Kickstarter! As I wrote last week, we’re really excited for this addition to the Indianapolis convention schedule.  I spoke with Shawn Smith, communications director, to get an insider’s perspective on PopCon. 1) What exactly is Indy PopCon? With all the different conventions in
Read More 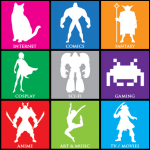 Indianapolis is a convention city. It seems in the spring/summer there is a convention every weekend, whether it be a professional or fan convention. And even as far as fan conventions go, we have several throughout the year. There’s Starbase Indy, InConJunction, and of course Gen Con. Next year we’re getting another
Read More

The controversy du jour in the geek community is the cosplay shirt Hot Topic was selling, and subsequently pulled. Honestly, I don’t see what the big deal is. I’m not a cosplayer, or even really a costumer, so maybe that’s why I’m not offended. (Plus, I don’t really take anything Hot Topic
Read More 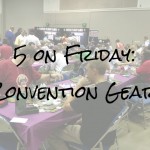 It’s after labor day which means summer, and con season, is winding down. This was my first true con season, and it was a blast. We started with the Louisville Arcade Expo (still my favorite of the year), went to InConJunction to checkout a locally ran con, Fandom Fest was disappointing but
Read More 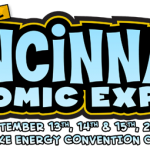 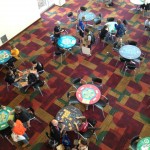 Going to conventions is expensive (speaking of which have you checked out our Spreadshirt and Amazon shops?). There’s the badge to get in itself than can range from anywhere from extremely rare free (Who’s Yer Con) to the reasonable $25 or so (Cincinnati Comic Expo) to the pricey $80+ (Gen Con). Then you
Read More
Loading Comments...