Eon Altar is an innovative Fantasy RPG Tabletop Video Game for Tablets and Handsets that brings people back together to play a face-to-face. The Tablet acts as a game board, and the handsets are your cards or character sheets. Eon Altar is in Development for iOS, Android, Windows and Windows phone. 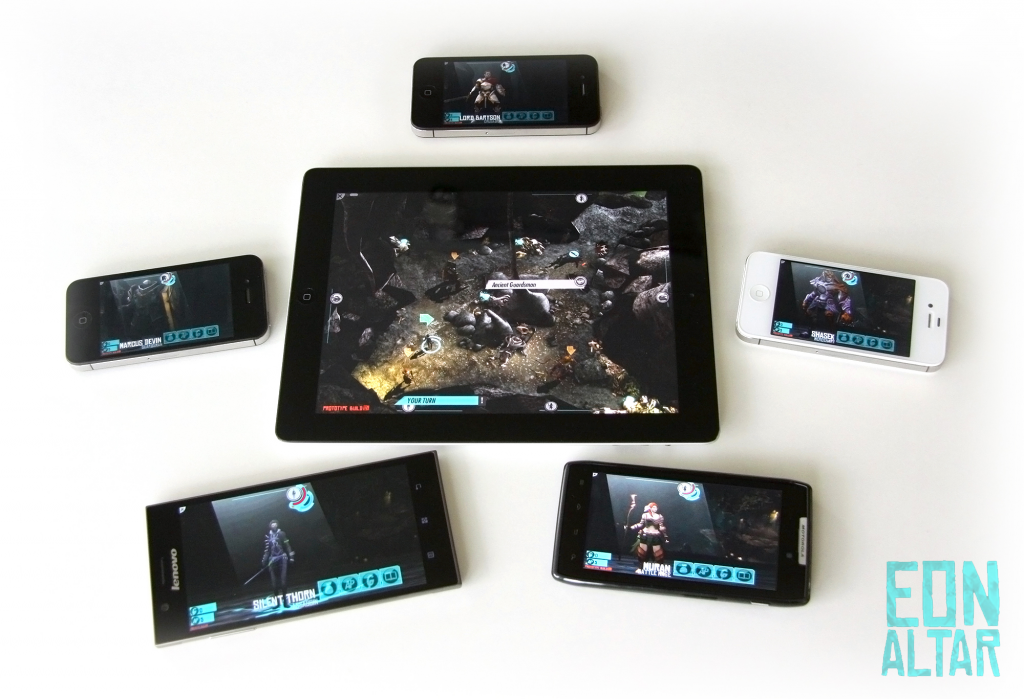 Edward Douglas, Creative Director and Flying Helmet Games co-founder says “We remember a time when we played games together in the same room, face-to-face. Now a ‘social’ game is played alone with a screen or phone in front of you and your friends and competitors are miles away. We want to go back to a social game night where everyone is hanging out together having a good time.”

The Eon Altar project will be running on Kickstarter until Sunday December 8th 2013. By reaching the goal of $300,000 Flying Helmet Games will be able to complete production on Eon Altar and begin releasing adventures in mid 2014.
Each player has their own personal handset connected to a shared tablet. On the tablet, the group experiences dungeon exploration, action combat, story reveals, exciting environments, and cinematic moments. On each of their handsets players manage characters and inventories, engage in individual combat and challenges, and explore world lore.
Eon Altar is a Tabletop Game for the modern age, doing away with crumpled up character sheets, missing tokens, complex rules and math. With cutting edge technology they make it easy for new players to dive into our role-playing world, while creating a rich, underlying system for experienced gamers so people can all just come together and play.
Kickstarter campaigns operate under an “all-or-nothing” funding model so if the Eon Altar project doesn’t reach its goal by the end of their campaign on December 8th the project will not be funded. Support of only $25 dollars will get you the whole game, and help reinvent how gamers come together and play.

View all posts by: Press Release