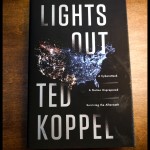 After finishing Countdown to Zero Day, I saw another book about cyberwarfare was available for review and requested it as well. Lights Out: A Cyberattack, A Nation Unprepared, Surviving the Aftermath, written by Ted Koppel, is a look into how our nation is prepared for a cyberattack with a focus on taking
Read More

Author note: Sometimes I start a blog post and then forget about it for a while. That’s what has happened here. I actually read Girls to the Front a year ago, started the review, and forgot about it until I started looking through my “post ideas” folder on Google Drive! Oh,
Read More

I’ve had a review copy of Countdown to Zero Day sitting on my shelf for several months now. When I first requested it, I was excited because it’s not everyday a book recommended to you by a friend ends up on an “available for review list.” (Aaron, who wrote about IoT security
Read More

With the whole Holly Jones/Killroys story still unfolding over public media and right here in Indianapolis, I figured this is a prime time to review a book I read a few months back called So You’ve Been Publicly Shamed.  The author, Jon Ronson was motivated to research the topic and write this
Read More

Spoiler-Free!   On Monday evening, I saw an advance screening of the new Steven Spielberg/Tom Hanks movie, Bridge Of Spies.  There were two things that really surprised me about this screening. Almost no one was there.  Advance screening are usually popular events, yet the theater was maybe half-full at most. The thing
Read More 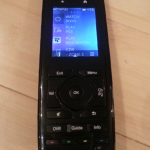