The IFA Conference just wrapped up, and three new smartwatches were announced that caught my eye. The Fitbit Ionic, Samsung Gear Sport, and Garmin Vivoactive 3. After reading up on them, this is my general feeling on each. Keep in mind, these aren’t out yet so I haven’t even seen them in person. And since this is a thing you wear, seeing them in person could change everything. 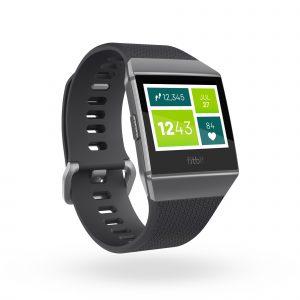 After FitBit bought the Pebble IP I became a lot more interested in their offerings. I loved my Pebble, and I was hoping to see a more Pebble-like device in FitBit’s lineup. It has some Pebble like features like waterproofing and an open SDK. But it lacks things like actionable alerts, an always-on screen, and universal watch bands. I think I would feel less strongly about some of the missing features if I didn’t know they had bought the IP.

It’s a decent enough watch, and maybe I’d be more interested if I wasn’t already in the Garmin system. But as it stands, there’s just not enough here to motivate me to switch to Fitbit. I also don’t love that the Fitbit Ionic seems more like a way to sell me Fitstar. I don’t want to have to buy into a subscription to get the most out of my device. I also don’t want to have to have yet another payment service in FitPay.

This device in particular is hard to get a read on appearance wise. So it could be once I see this in person I’ll be more interested. 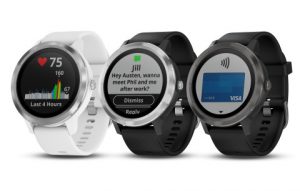 To be fair to the Fitbit and the Samsung, the Garmin comes in with an unfair advantage since I am already in their ecosystem. I recently wrote about my Garmin Vivoactive, which was the first generation from this line. This latest generation seems like a huge step up. It’s better looking, adds text response functionality, and has universal watch straps.

Yet again though, I don’t want yet another payment service in Garmin Pay. I just want the NFC space to have some universal system already.

This is the first Samsung wearable I’ve been interested in in a while. I was a little interested in the Gear Fit when it first came out, but didn’t love the fit. The size and lack of waterproofing have kept me away from the Gear line since.

The Gear Sport though is able to be worn swimming, and they made it smaller. It also has a proprietary NFC payment system like the Garmin and Fitbit, but at least it’s somewhat more standardized. I’ve actually been to places that don’t take Android Pay but do take Samsung Pay.

The biggest drawback for me is that it seems like it duplicates my phone functionality instead of compliments it. And I know myself, that’ll be a distraction. For some of my friends though, the smartness of is exactly what makes it appealing. If the battery life is good in “always on” mode, I’ll be tempted to look into it more.

Of these three devices, the Garmin has my interest the most. Part of that is because I’m already in their ecosystem. And I’m already in their ecosystem because I like what Garmin offers in a wearable, a device that always shows the time and compliments my phone instead of trying to replace it. But the other two devices could become more interesting when I see them in person. I’m just excited to see wearables continue to shrink in size.