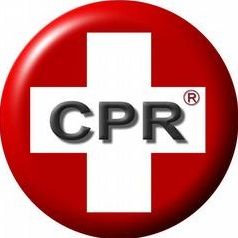 Disclaimer: I after I broke my iPhone I went to CPR to get it fixed. I didn’t mention writing a review, or get any kind of discount. I just looked them up when I drove by one day.

As much as I loved my Android phone as a pocket computer, the lack of a good connection between my car’s bluetooth and my phone was a deal breaker for me. So I was back to my iPhone with a cracked screen. The crack wasn’t awful, but it was annoying and I wanted it fixed.

I didn’t elect to purchase an AppleCare plan when I bought my phone. To me, the cost wasn’t worth it. I stand by that, because I would have bought AppleCare on two phones (mine and my husband’s) which would have been $200, plus the $50 fee to do the replacement. That would have made this drop a $250 fee. If I had elected to get my iPhone replaced at the Apple store without a warranty, it would have been $200. So, assuming this would be my only break, would come out ahead in the end.

As I said before though, the crack wasn’t bad. I really didn’t feel like it caused me $200 worth of problems. So I began to look for an alternative. I remembered driving by CPR Phone Repair when I was on lunch one day, so I decided I would give them a call. It was $100 to replace an iPhone 4S screen, and would take 45 minutes to an hour to make the repair on that particular day. Fantastic. I could get my phone fixed over lunch.

I headed over, explained what had happened, filled out the paperwork, and they went to work. I elected to not give them my phone passcode as requested, because I have too much sensitive information on my phone. Since I was waiting in the store, they said it would not be an issue and they would just have me enter it when they needed to do the testing to ensure it worked properly.

The phone repair was quick, and well done. The only difference I can tell between my old and new screen is that at times I can see a light grid underneath the screen. This is only under bright fluorescents, at a certain angle, and with my Gunnar’s on though. It is possible this was there before but I just didn’t notice. Regardless, I only see it when it’s a foot or so away from me at work. If you use the phone like that, you have bigger problems.

What really impressed me about this place was how honest they were. I expected the kind of experience you get at some car mechanic’s shops. A constant barrage of upsells, and generally trying to see how much money they can make off of you. But this was not the case. One older woman came in to get an HTC Evo (the original I believe) repaired. The employee politely explained to her that she could buy the phone on eBay, Craigslist, or even Amazon for cheaper or the same cost it would cost him to repair it. This interaction made CPR a place, in my mind, that treats customers with respect and won’t deceive them. If I break something again, I’ll definitely take it there for repairs.